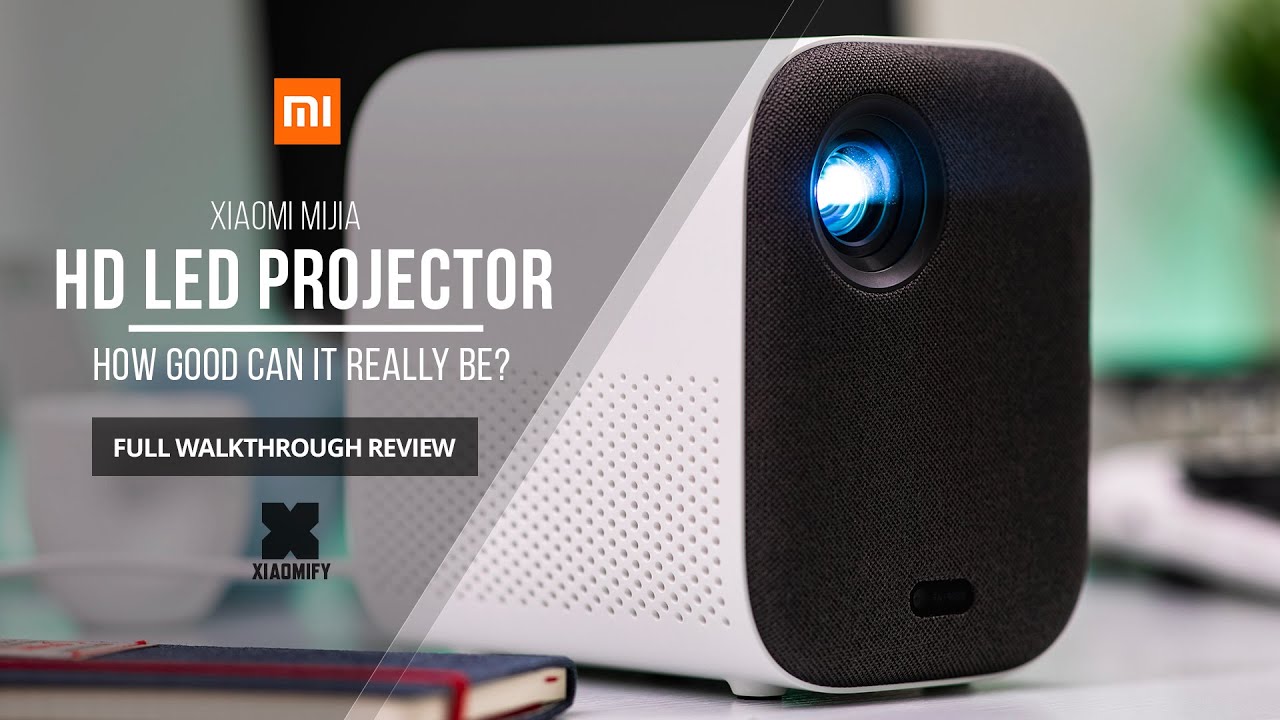 The Youth edition of the Xiaomi Mijia LED projector… -Is it any good and did it exceed my expectations? Oh yes, it did! -Want a coupon for $30 discount on the projector on banggood: BGZSFWICK
Find the Mijia projector on Banggood here :

This more budget-friendly HD projector is nothing like the Xiaomi laser projectors as its not a short-throw laser projector but rather a LED-based longer distance projector with (only) 500 ANSI -lumens strength. Despite having such a smaller light intensity it did exceed my expectations, by a lot!

On paper, it seems a day and night difference with many other projects that all have much higher specs, but also much higher pricetags. The Mijia HD projector is not only A LOT brighter then I imagined it would be, it’s also a lot sharper. And this goes for normal indoor-quite close-to-the-wall-projection, but also for much larger distance projection like projecting it on the building next door which is about 7-8 meters in distance. -That surprised me a lot!

In terms of specs, the Xiaomi projector is not all that bad. It’s got HDMI in (with 4K support) a USB-3 port, Mini-jack audio out, wireless screen support (for android, windows, iOS and MacOS). It’s got WiFi connectivity; both 2.4 GHz and 5GHz and Bluetooth which can be used to connect a mouse, keyboard, game controller and also to use the projector as a Bluetooth speaker (just in case you want that….)

It’s got built-in audio with DTS and Dolby support; and this doesn’t sound as bad as you’d expect either. It had a rather full low-end and really did not sound all that bad.

It even has 3D video support and, even though you would need to have 3d glasses for that, it is pretty cool!

It’s running MIUI TV, which is the same OS as you would find on other projectors from Xiaomi but also on their Mi TV’s and their Mi TV boxes. As this is a China mainland release only (at least for now…) the OS does not come with any Google APPS preloaded, but you can install additional apps on it. Through the Xiaomi APP store you can find a handful of (Chinese) video apps, but you can actually install apps like Netflix and Youtube on it. I managed to easily install these and they worked just fine.

Overall I am very impressed with this much lower-spec’d, but well-performing projector. In my opinion, the main downsides are the lack of an ethernet port and the fact that the MIUI TV OS occasionally might show you an ad when it’s booting up. But overall this projector really performed much better than I expected it would and I found it to be quite impressive for its price!