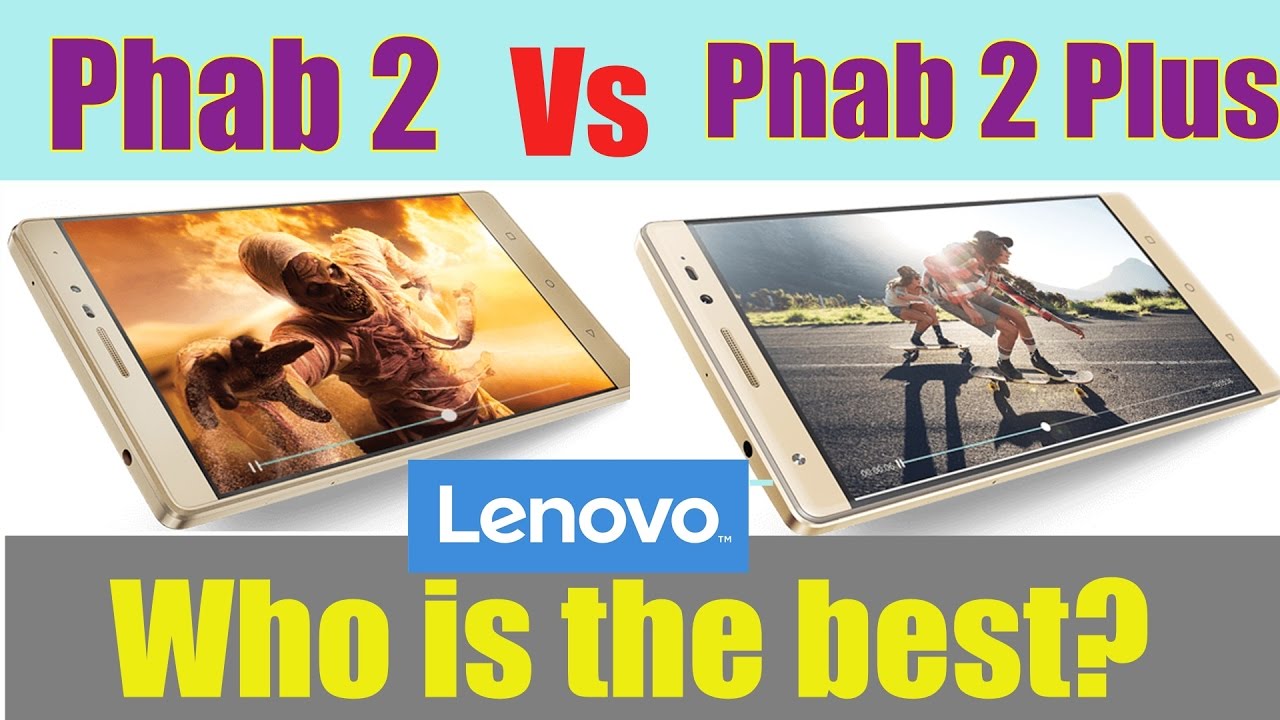 Side by side find out comparison with Lenovo Phab 2 Plus

The upgraded version of Lenovo Phab 2, named the Phab 2 Plus, was unveiled in India last month at Rs. 14,999.

While the Lenovo Phab 2 has an HD (720×1280 pixel) screen, the Phab 2 Plus has a full-HD (1920×1080 pixel) display. Additionally, the Lenovo Phab 2 does not have a fingerprint sensor, which the Phab 2 Plus has.
Along with the 6.4-inch HD display and 4050mAh battery, the new Lenovo Phab 2 has a 1.3GHz quad-core MediaTek MT8735 processor coupled with 3GB of RAM. The Phab 2 packs 32GB of inbuilt storage with the option to expand further via microSD card (up to 128GB). For imaging, Lenovo Phab 2 sports a 13-megapixel rear camera with LED flash and PDAF while there is a 5-megapixel selfie camera with an 85-degree wide-angle lens. Lenovo has also claimed that the Phab 2 comes with augmented reality (AR) effects in camera app. The handset comes with 3 mics to record audio and also supports noise cancellation.